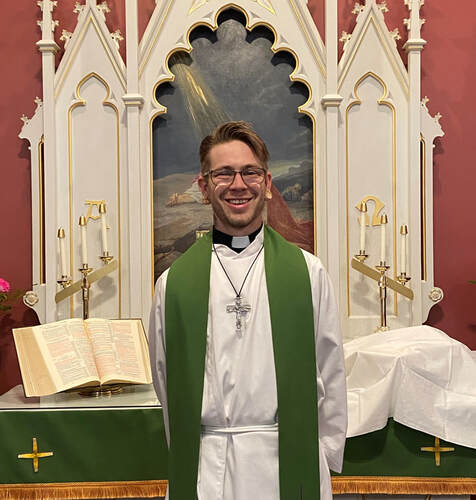 Pastor Drew Nelson  grew up in Rapid City, SD and after high school enlisted in the Army. After, he met his wife Kori in Minneapolis during undergraduate studies finished at the University of Northwestern, St. Paul, earning a Bachelor of Science in Ministry. Starting in youth ministry at MPLS and Dassel, MN, at the same time, he heard a call from a mentor to go to seminary. Moving to Fergus Falls, MN his family gained their first daughter Abigail, now eight years old, while also completing seminary. His Master of Divinity Studies were done at the Lutheran Brethren Seminary. He graduated and was ordained in 2016 at Grace Lutheran Church in Erhard, MN where he also served as a youth/associate pastor. In 2017 his family moved to Conrad, MT to serve a two-point parish, Pondera Valley and Golden West for four and half years. While there, the family grew by another two children. Madelyn their second daughter, five years old, and their son Uriah, two years old, joined the team with non-stop action.
Now he has been called to serve and proclaim at Immanuel Lutheran Church in Absarokee, MT as of 2022. He is also the current service coordinator for the Northwest District (LCMC). Drew, Kori, Abigail, Madelyn, and Uriah are always excited for another adventure and can’t wait to see where God will take them. Together they enjoy most outdoors activities. Drew loves fishing, rocks, hunting, playing pool, and riding his motorcycle. Kori cares for the home and in any moment of spare time enjoys singing, reading, writing, and even a little editing for her husband. She also has been practicing with her recurve bow and fishing. Abigail has begun to join her and can hardly be kept up with on a hike or reading a book. Madelyn has style and loves to tell jokes or even pull pranks. Uriah is beginning become more of a little boy than a toddler and is constantly plowing a truck through a main avenue of the parsonage. Each one has their own favorite verse or saying, but together they might all point to Philippians 4:4-7.
“Rejoice in the Lord always; again, I will say, rejoice. Let your reasonableness be known to everyone. The Lord is at hand; do not be anxious about anything, but in everything by prayer and supplication with thanksgiving let your requests be made known to God. And the peace of God, which surpasses all understanding, will guard your hearts and your minds in Christ Jesus.”​ 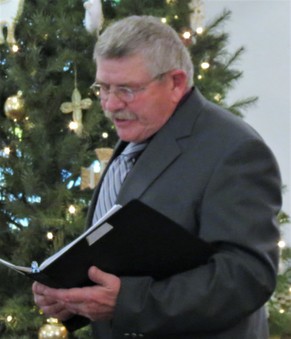 Dan Aadland, Ph.D. is director of music ministry and choir director.  Dan sang in the Immanuel Lutheran choir as a youngster, in family ensembles, then later in the Waldorf College Concert Choir.  Since answering Immanuel’s call for a choir director more than thirty years ago, Dan has challenged Immanuel singers with anthems ranging from Bach chorales to Appalachian folk.  A rancher, writer, and retired teacher, Dan also soloed with and directed the Stillwater Community Choir for several seasons, presenting a Lenten cantata and the Easter portion of Handel’s Messiah.
For Aadland music and worship are virtually inseparable.  “Never do I feel closer to God than when engulfed by a Palestrina motet, a Bach chorale, or Handel’s ‘I know that my Redeemer Liveth.’”  Other genres of worship in music speak to him as well, including a favorite arrangement of “I’ll Fly Away” with overtones of both bluegrass and ragtime, enjoyed by the choir each summer.  For Dan, Martin Luther’s assessment was on target:  I truly desire that all Christians would love and regard as worthy the lovely gift of music, which is a precious, worthy, and costly treasure given to mankind by God.​ 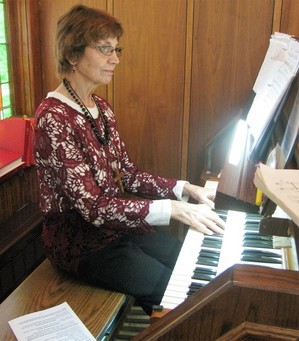 Sandy Verschoot is Immanuel’s assistant music director and principal organist.  She also accompanies Immanuel’s choir and sings soprano.  She studied music at Kent State University (Ohio) with graduate studies at Montana State and the University of Montana.
Sandy taught music for decades—first in the Hiram, Ohio School System; then for 28 years in the Ronan, Montana School System where she taught and led the vocal music program.  Her choirs and ensembles received many Superior ratings.
Mrs. Verschoot served as President of the Montana General Music Teachers Association (1981 - 83).  She was President of the Montana Music Educators Association (1987 - 89) and in 1995, the Association selected Sandy to receive their Distinguished Service Award for her many contributions to music in Montana’s schools.  Sandy also was selected to serve as the first president of Music EdVentures (1992 – 94), a multi-state organization in the Northwestern states.  Since retirement, Sandy has taught piano to many young people and has accompanied choirs and ensembles in the Absarokee School System.​ 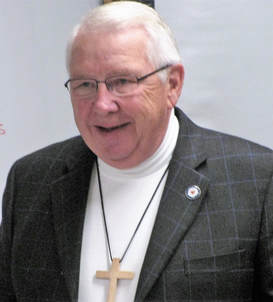 Steve Aadland is a Lay Minister at Immanuel.  He was trained in a two-year study program that prepares Lay workers for congregational ministry.
A graduate of Augustana University, Steve sang in the Augustana Concert Choir.  He did his graduate study at the University of South Dakota and taught in the Management Internship Programs at the University of Nebraska and the University of Wisconsin.  As a management consultant, he taught workshops and seminars throughout the United States.  A lifelong Lutheran, Steve was confirmed here at Immanuel.  In his lifetime he counts membership in a dozen Lutheran congregations in seven States.
Steve assists by "filling in" for the pastor, officiating at worship services, preaching or teaching the Sunday morning Bible Study classes.
​       Woodworking, hunting and fishing are Steve's main hobbies along with traveling with his wife, Jan, to visit their four daughters and 12 grandchildren. 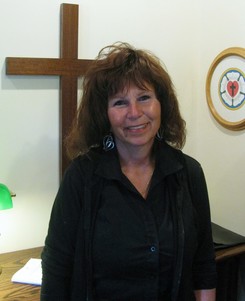 Mary Kay Bjorndal is Immanuel's Treasurer.  She has two sons and six grandchildren, all living in the Billings     area.  Her mom and dad were from the Absarokee area, and when she felt the need to settle down, she chose
Absarokee to live because of the wonderful community and the beauty of the area.
As an Enrolled Agent, Mary Kay is licensed for tax matters through the IRS.  With today's ability to do most
everything virtually, she mainly works from her home office in Absarokee.  She specializes in construction, retail,
non- profit, farm and ranch accounting, payroll and taxes.
Mary Kay has several passions including flower gardening and landscaping.  With the purchase of her home
in  Absarokee, she’s done some major landscaping.  Mary Kay loves people and community service.  Mary Kay says,     “I’m honored to assist the staff of Immanuel Lutheran Church."